Vegetables That Start With E

Eating a variety of vegetables is an important part of a healthy diet.

Vegetables are a rich source of vitamins, minerals, and other nutrients that are essential for maintaining good health.

In this article, we will take a look at some of the vegetables that start with the letter “E”.

We will explore their nutritional benefits, as well as how they can be prepared and enjoyed.

Vegetables that start with E

Eggplant is a versatile vegetable that is often used in Mediterranean and Asian cuisine.

It has a slightly bitter taste and a meaty texture and can be prepared in a variety of ways such as grilling, sautéing, or baking.

It is low in calories and rich in antioxidants, making it a great choice for a healthy diet.

The eggplant is a member of the nightshade family, and it is related to tomatoes, peppers, and potatoes.

Eggplant is also very low in calories and a good source of dietary fiber and antioxidants, it is also rich in vitamins and minerals such as vitamin K, vitamin C, vitamin B6, potassium, and manganese.

Eggplant is available year-round, but it is typically at its best during the summer months.

When choosing an eggplant, look for one that is firm, shiny, and heavy for its size, it should also be free of bruises or soft spots.

They can be stored in a plastic bag in the refrigerator for up to a week.

Endive is a leafy green vegetable that is part of the chicory family.

It has a slightly bitter taste and a crisp texture. It can be eaten raw or cooked and is a great addition to salads, sandwiches, or garnish.

Belgian endive is a small, compact head with tightly packed, pale leaves that have a slightly bitter taste.

Curly endive, on the other hand, has more loosely packed, frilly leaves with a stronger bitter taste.

Endive is a good source of vitamin A and vitamin K.

Vitamin A is important for maintaining healthy vision and skin, while vitamin K is essential for blood clotting and bone health. It’s also a good source of dietary fiber, folate, and antioxidants.

Endive can be stored in the refrigerator for up to a week, wrapped in a damp paper towel.

It’s best to use it within a day or two of buying for maximum freshness.

When cooking, the leaves can be separated and cooked individually, or the head can be cut in half or quarters and cooked whole.

Escarole is a leafy green vegetable that is a member of the chicory family and is related to endive, radicchio, and Belgian endive.

It has a slightly bitter taste and a slightly tough texture. It can be eaten raw or cooked and is a great addition to soups, stews, and pasta dishes.

Escarole has a milder taste compared to other chicory greens like endive and radicchio, which are known for their bitter flavor.

Escarole is a good source of vitamin A and vitamin K.

Escarole can be cooked in a variety of ways, it can be sautéed with garlic and olive oil, or used in soups and stews, it’s also popularly used in pasta dishes like lasagna, risotto and it can be used as a pizza topping.

Escarole is a hardy green and can be stored in the refrigerator for up to a week wrapped in a damp paper towel, it’s best to use it within a day or two of buying for maximum freshness.

When preparing, it’s usually best to remove the tough outer leaves before using, and the lighter inner leaves are more tender and milder in flavor. 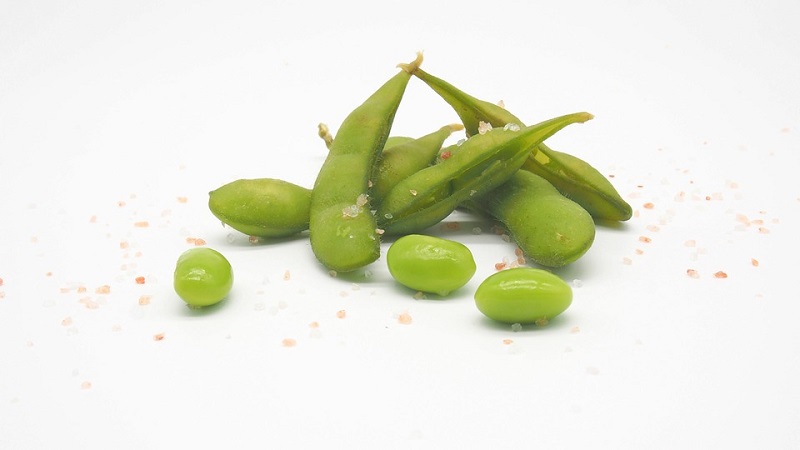 Edamame is a type of soybean that is often served as a snack or appetizer in Japanese cuisine.

It is high in protein and contains all essential amino acids.

For example, the soy protein found in edamame may help lower cholesterol levels, which can reduce the risk of heart disease.

It can be enjoyed boiled and salted or added to various dishes like soups, stews, and salads.

When buying fresh or frozen edamame, make sure to choose pods that are green and plump, and avoid those that are yellow or have discoloration.

It’s worth noting that edamame is part of the soy family, and some people may have concerns about eating soy due to its phytoestrogen content.

Elephant yam, also known as Suran, is a tropical root vegetable that is native to Africa and Asia.

It is a staple food in many parts of Africa, and it is also commonly used in Indian and Southeast Asian cuisines.

The yam can grow quite large and can weigh up to 50kg and can have a rough, scaly exterior, but the inside is white and starchy with a nutty flavor.

It has a starchy texture and a mild, slightly sweet flavor.

It is a good source of carbohydrates, dietary fiber, and various vitamins and minerals.

Elephant yam is often prepared by boiling, baking, or frying.

In Africa, it is often mashed and used as a side dish or mixed with other ingredients to make porridge.

In India, it is grated and used in dishes such as vadas, bondas, and dosa.

In Southeast Asia, it is often sliced and added to soups and curries.

When purchasing Elephant yam, look for ones that are firm and heavy for their size and free of cracks, bruises, or soft spots.

It can be stored in a cool, dry place for several weeks.

It is a tropical root vegetable native to Africa and Asia. It is a staple food in many parts of Africa and Southeast Asia.

Elephant foot yam has a rough and scaly exterior, but the inside is white and starchy with a nutty flavor.

Elephant foot yam is typically cooked before eating and is prepared in various ways depending on the region and cultural traditions, it is often mashed, boiled, fried or grated and used in dishes such as stews, curries, soups, and dumplings.

It is rich in dietary fiber, potassium, and Vitamin C.

It’s also worth noting that Elephant foot yam should be cooked before eating, as the raw tubers contain cyanide compounds, which are toxic.

Also known as the Golden Needle mushroom, it is a type of mushroom that is native to Japan and China.

It has a long, thin stem and a small, delicate cap. It has a mild, nutty flavor and a delicate, crunchy texture.

Enokitake is low in calories and fat, and it is also a good source of various vitamins and minerals.

Enokitake can be found year-round, but are most commonly available in the fall.

When purchasing, look for mushrooms that are firm, white and have small caps, avoid any with discolored or slimy stems.

Enokitake is a delicate mushroom and should be cooked gently, they are typically sliced before use, they can be added to soups, stir fry or sautéed dishes. they can be added at the end of the cooking process, as they cook quickly and can become slimy if overcooked.

Eelgrass, also known as tape grass or wild celery, is a type of seagrass that grows in coastal waters.

It is a submerged aquatic plant that is typically found in estuaries and coastal areas, it can grow in fresh or saltwater and is often found along sandy or muddy bottoms.

Commonly used as food for animals like sea urchins, ducks, and geese.

It’s also known to be used as food for humans in Asia, they are typically eaten by boiling or roasting.

Eelgrass is high in protein, and vitamins A, and C.

Unfortunately, many eelgrass populations have been declining due to human activities such as pollution, sedimentation, and overharvesting.

Evergreen onion, also known as Ramps or wild leeks, is a perennial wild onion that is native to the Eastern United States and Canada.

It is known for its strong, garlic-like odor and its mild, sweet onion-like flavor.

They have a milder, sweeter flavor than common onions, and are often used in salads, sandwiches, and garnishes.

It’s also a good source of antioxidants and other beneficial compounds that can help to boost immunity and support overall health.

Evergreen onions are typically harvested in the spring, and they can be eaten both raw and cooked, they are often used in dishes such as omelets, quiches, soups, and stews.

Also known as Topset onion, it is a perennial bulb vegetable that is a relative of the common onion.

It has a mild, sweet flavor and is often used in soups, stews, and casseroles.

Its’ leaves can also be used as a green onion substitute.

English peas are also known as garden peas or sweet peas, they are round and plump and are commonly eaten as a side dish, or in salads and soups.

English peas are usually sold fresh, frozen or canned. They have a sweet, fresh taste, and a tender texture.

They are low in calories and a good source of fiber, protein, vitamin A, vitamin C, and vitamin K.

English peas are typically in season from late spring to early summer, but they can be found year-round in many grocery stores.

When purchasing fresh peas, choose firm, bright green, and plump pods that are free from discoloration or signs of mold.

English peas can be enjoyed in a variety of ways, such as steamed, sautéed or blanched.

They can also be mashed into dips and spreads, or added to salads and sandwiches. 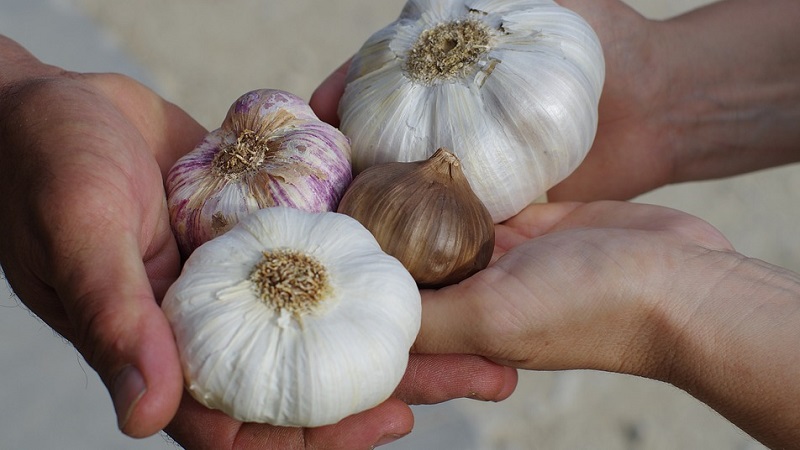 It is a type of garlic that is larger and milder in flavor than traditional garlic.

It is often used as a substitute for shallots or onions in recipes.

Elephant garlic is also a good source of vitamin C and other essential nutrients.

English spinach, also known as smooth-leaf spinach or round-leaf spinach, is a type of spinach that is commonly grown and consumed in many parts of the world.

It is a leafy green vegetable that is known for its smooth and round leaves, it has a mild taste compared to other spinach types and is less bitter.

English spinach is low in calories but high in essential vitamins and minerals, such as vitamin K, vitamin A, vitamin C, folate, iron, and potassium.

English spinach can be found in most grocery stores year-round, but it is typically in season from late winter to early spring.

English spinach can be enjoyed in a variety of ways, such as steamed, sautéed, stir-fried, or eaten raw in salads.

It can also be pureed and used as a sauce or added to smoothies for an extra nutritional boost.

Also known as ‘Alaska Potato’, it is a type of wild root vegetable that grows in the Arctic regions of North America.

It’s small and knobby and has white flesh with a nutty taste.

It is high in starch and Vitamin C and is a staple food for the Inuit and other Arctic peoples.

It’s worth noting that there aren’t many vegetables that start with E and some of the above-mentioned vegetables may be less common or not commonly considered as vegetables, but are considered as such as per culinary use.

It’s important to note that a healthy diet should include a variety of different vegetables, not just those that start with a certain letter.