Is Sugar Alcohol Halal or Haram In Islam?

The basis of the Halal certificate is the commandments from the Quran, which is food that is not of pork or alcohol origin, and derivates from it, are not allowed.

This is the most general explanation of Halal-approved food and in general not only food but all everyday items, that people use, from cosmetics and so on.

It is a known fact that based on Islamic rules, those who follow these rules must not drink alcohol, and this is something that is not changeable, and it is even not allowed to cook with alcohol, as sometimes recipes require.

So, all people of the Islamic faith, and all people who are Halal oriented and want to know what they are putting in their mouths, must avoid alcohol, which is not always an easy task, as it can be hidden somewhere in the food, in the process of preparation, or in some other way.

So, there are these people who are wondering about the matter of alcohol, having in mind that they want to consume sugar alcohol, so they wonder if is it halal or haram.

Sometimes it is not an easy task to detect if this is the case, as it may be that a certain food item sounds like it is forbidden, when in fact, it is not forbidden, as it does not contain any ingredient that is not allowed.

And vice versa, there are situations where we are certain that a specific food item is halal, but, in fact, there is a hidden ingredient that is not allowed.

You will see later on how this confusion comes to the test, and what to do in such situations.

Looking at the food item, and observing the ingredients is one way to know what are you eating (first of all you should know what you are buying, and look for the Halal certificate, as one way to be certain), and here we will tackle the matter is sugar alcohol halal.

But first, we will take a look at what it is, having in mind that just the word alcohol is not all allowed, but when it comes to this type of “alcohol”, the situation is a bit different, as this is not that kind of alcohol, but something that most commonly is called “ethanol”.

It is not something that can make you drunk, and therefore we can say that it is allowed per Islamic faith, but we need to take a look at what it is, and why sugar alcohol is halal.

What is Sugar Alcohol?

Before we see its halal status, we first must know what are we talking about here, and what is sugar alcohol, as it certainly sounds that is haram.

Haram for Muslims is a pig (pork, in the widest possible sense, as this animal, is seen by their law as something dirty, and the worst offense is eating it, or calling someone a pig) or any derivatives from it.

Haram is also anything that has blood, or alcohol is strictly forbidden as well as drugs, and also meat from dead animals, the meat of animals not killed in the name of Allah (but in the name of some other God, and we have spoken of this many times, as the sacrifice of an animal must be done in a specific way), carnivores, elephants, donkeys, monkeys, dogs, meat sacrificed to another God.

What is also known to be based on Islamic law, is food made with wine, various sweets with any type of alcohol (and when you look at any recipe you will see cakes made with rum, whiskey, or even the vanilla extract that has, in some cases, a bit of alcohol in it, as it could be tasted).

Haram is considered all food including emulsifiers that were made from pork or animal fat.

It is also forbidden to consume cigarettes, although there are differences in understandings about all of these rules, there are some that must be followed.

Now, to the main part – what are sugar alcohols?

It is alcohol that we can drink?

Or is it only sugar?

They are also comprehended as saccharides when you look at the science.

They belong to the group of carbohydrates, or they are simply one of them.

Sugar alcohols, also known as polyols, are an exceptional variety of carbohydrates, but they are not simple as the other kinds of sugar, that we use on a daily basis.

Natural sugars are fructose (mostly found in fruit) and lactose in milk.

Glucose is found in some fruits and honey, and sucrose in sugar cane and sugar beet.

This is clear, and this is what you take when you crave to eat something sweet – when you think of regular sugar. 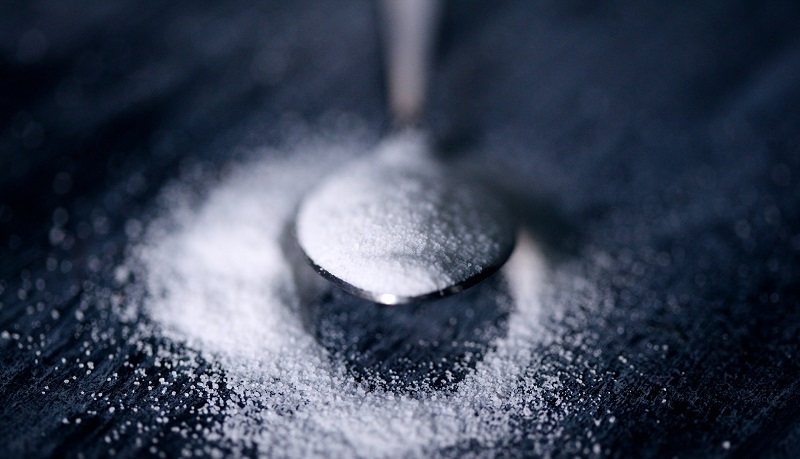 So is erythritol halal?

In nature, they are found in some fruits and vegetables, but they are mostly artificially created.

Sugar alcohols provide less energy than regular sugars and are commonly used in sugar-free foods such as lollipops, chewing gum, and throat lozenges.

Since the body does not break down sugar alcohol, excessive consumption of food containing sugar alcohol can have a laxative effect.

Their structure is actually a combination between a sugar particle and an alcohol (although they do not contain real ethyl alcohol, which is found in all alcoholic beverages), and on the other hand, our bodies digest (decompose) them very poorly.

Also, sugar alcohols cause a sensation of sweetness in contact with the mouth, or tongue to be precise, and are resistant to the fermentation of bacteria in the oral cavity, in other words, they do not cause caries.

Unlike regular sugar, it is much better, from this point of view to eat these sugars.

Food that contains alcoholic sugars as the main source of sweetness automatically has a lower caloric value compared to ordinary sugar.

So, all people who struggle with their weight, or who are diabetics, should eat these types of sugar.

This can be useful if you are trying to lose weight or even prevent weight gain.

These sugars are also widely used by people with diabetes because they do not cause a drastic spike in blood sugar.

You can freely use these sugars when you want to sweeten your food or drink without having to worry about excess calories.

But this is not all, as these sugars have other benefits, unlike regular sugar.

Now, the question for us is- is this halal or haram?

Can people of the Islamic faith consume it?

As we have said, at times it is not easy to know what food items are halal and what are not, as the name can sometimes confuse us, and if this item does not have a halal certificate.

How do they know what to do?

First, know that when you are looking for food or anything else for that matter to be halal, then you must be aware of its importance, as we are talking about the allowed food for the Islamic world, which is the most populous in the world and has one billion seven hundred million people.

The foundations of that certificate are commandments from the Quran, which is food without pork and alcohol, in the most general sense, as we have said.

So, as you could see, sugar alcohol is safe to be consumed, by the Islamic faith, as it is not the type of alcohol that can make you drunk, or, for that matter, it does have any intoxicating consequences or any other destructive effect.

These sugars are made completely natural and can be located in plants and do not make people become intoxicated, so it is safe to presume that it is halal.

Since they are made from plants, then they are permitted for Halal consumption, by all means, and it is the better variant to take in for your own body.

As it is healthier.

Sugar alcohols, also called polyols, are a kind of carbohydrate whose construction corresponds to sugars and alcohol.

However, sugar alcohols do not include ethanol and are therefore safe for people who evade them for whatever reason, here for religious reasons.

Given that they are similar to sugar, they can activate sweet receptors on the tongue and have a pleasant, cooling effect on the taste of food.

They are naturally found in fruits and vegetables, such as plums, strawberries, and avocados.

As you know, for example, avocados are the perfect food, as they have food fats, are an amazing source of it, and could be consumed for breakfast, and it is surprising, that they are not as sweet as you may expect, since they have this sugar in them.

The most common kinds of sugar alcohol are erythritol, then isomalt, mannitol, xylitol, lactitol, and maltitol.

Be safe when you consume something with sugar alcohol; it is safe and do not worry about it, it is a Halal and a healthy variant of sugar.

Islam is a religion that completely governs family life, education, and politics, including nutrition, and the use of pharmaceutical products, and cosmetics.

Every part of life, including food, must be conducted by a certain law, a rule that is written in Quaran and interpreted by Islamic scholars; and even when there are certain disagreements, there are certain rules to be followed, always.

Even in the 13th century, according to the Islamic Holy Book Qoran and Sharia law, it was defined as what is Halal, or what is permitted, and what is Haram, that which is not permitted.

Now, as it is written in such teachings, it is not just a matter of what is allowed and what is not allowed, just because, as it is said that the Muslim man or a woman eats in order to survive and to be healthy and strong in order to devote himself to God.

And Halal food is set to provide just that.

That is why he should eat halal products, healthy and tasty certified food controlled by halal agencies, but in many cases in life, this is simply not possible; as a certain product does not have that label Halal-certified.

Or like in the case of sugar alcohol, where you often do not know what it is – and here, we came to the conclusion that Muslims are permitted to consume sugar alcohol since it is seen as Halal.

It does not include ethanol and can not be harmful to the human body and it is satisfactory based on the Islamic regulations and can be consumed.

As noted above, sugar alcohols are not created by the alcoholic fermentation procedure, for example in some other cases, when alcoholic drinks are made, and from which we can get drunk.

Maybe the entire confusion is made because of the fact that you can define what it is, is it sugar or is it alcohol?

So, when you see on a certain food item the word “ethanol”, then you know it is not safe to eat it.

In any case, have this mind, that more and more products on the market are set to obtain Halal-certificate; as the Halal market of 1.6 billion Muslims in the world’s fastest-growing demand, is evaluated at 650 billion dollars.

This is a huge sum of money, and a market that will be taken over by many foods manufacturer, not only new but also some older, as they are adjusting to the demands of the market, currently.

For some other things, primarily regarding food as it is something that all of us are using on a daily basis, finding the answers you need is not easy, but you can always educate yourself, both in Quran, but also in books, that explain that certain food item, or ingredient.