We created this list to show you how bold and inventive rub shoulders with traditional and classic.

The C list of drinks does not fall short, including everything from fruity punches ideal for summertime drinking to the best after-dinner beverages.

We hope you’ll enjoy this list and learn more about the C drinks until you wait for the next letter.

Here are a few alcoholic drinks that start with the letter “C”:

A Brazilian liqueur known as cachaça is created from brewed sugarcane juice.

It is among the most widely consumed alcoholic beverages in Brazil and is frequently used to prepare the well-known caipirinha cocktail.

Cachaça is often matured in wood barrels, giving it a mellow, woodsy flavor and an amber hue.

Typically, it is bottled at 38 to 48 percent alcohol.

Brazil has a lengthy history with cachaça, with the earliest manufacture being documented in the 16th century.

It is a significant aspect of Brazilian culture and is frequently savored at festivals and get-togethers.

In the French region of Calvados, apple brandy known as “Calvados” is made.

It is made using a similar method to that used to make other varieties of brandy, using local apples and local production techniques.

The juice from the apples is first extracted by pressing them, followed by fermentation and distillation.

After distillation, the brandy spends a minimum of two years maturing in oak barrels.

Since it has a distinctive apple taste and aroma, calvados is frequently used as an after-dinner beverage or as a component in cocktails.

It is commonly packaged with 40 to 50 percent alcohol.

An Italian bitter liqueur known as Campari is created by combining various herbs, spices, and fruits.

It is renowned for both its intensely bitter flavor and striking red color.

Aperitifs, or alcoholic beverages offered prior to meals to pique hunger, are sometimes served with Campari.

Cocktails frequently contain it as an ingredient.

Gaspare Campari created Campari for the first time in 1860 in Milan, Italy.

Since then, it has gained popularity all over the world and is known for its recognizable bottle design and distinctive flavor.

Canadian whisky is a variety of whisky made in that country.

It is crafted from a mixture of grains, including rye, corn, barley, and wheat, and it spends at least three years maturing in oak barrels.

Canadian whisky is renowned for its flavor is easy to drink and versatile when mixed.

Canadian whiskey is a prominent ingredient in cocktails and is frequently consumed plain or over ice.

Usually, it is bottled with an alcohol content of about 40%. (ABV).

The ingredients for the Catalina Margarita include tequila, lime juice, orange liqueur, and a dash of grenadine.

The grenadine gives the beverage a delicious, fruity flavor as well as a vibrant pink hue.

Typically, a lime slice and a margarita glass are used to serve the Catalina Margarita.

It is a pleasant cocktail with tropical undertones that is well-liked at numerous pubs and eateries.

Tequila, lime juice, and orange liqueur go into a cocktail shaker with ice to produce the drink.

Mix the ingredients together, then shake to cool the beverage.

Pour a little grenadine in a margarita glass after straining the mixture.

If preferred, garnish with a lime slice and serve right away. 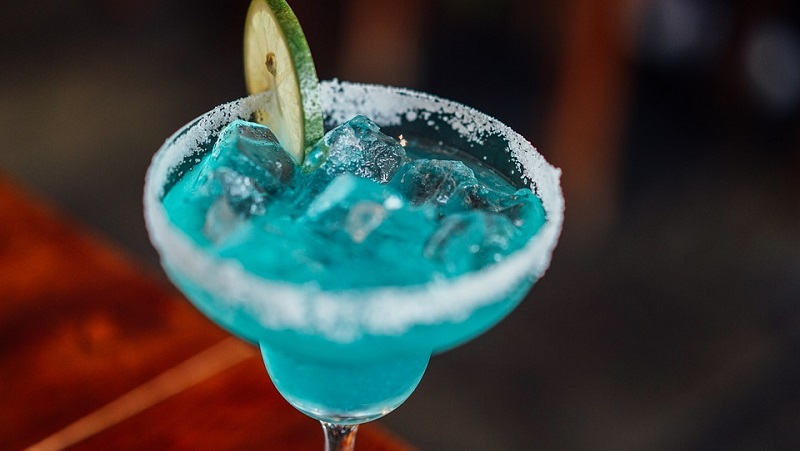 It is produced by smashing apples, pressing the fruit’s juice, and allowing the fermented juice to set.

A variety of apple varieties can be used to make cider, and the fermenting procedure as well as the apple varieties utilized will determine the taste and sweetness of the finished product.

In many nations around the world, cider is a widely consumed beverage and is frequently chosen as a cooling substitute for beer.

It is a particular brand of triple sec, a liqueur created by cooking orange peels with alcohol.

Cointreau is renowned for its characteristic orange flavor and bright orange color.

In addition to being consumed dry or on the rocks, cointreau is frequently used as a component in cocktails.

Usually, it is bottled with an alcohol content of about 40%.

The French Cognac region is where cognac, a specific sort of alcohol, is made.

It is created utilizing a particular procedure that includes distillation and fermenting in oak barrels from white grapes cultivated in the area.

A popular after-dinner beverage or component in cocktails, cognac has a unique flavor and scent.

Although it can be matured for much longer periods of time, up to a few decades in some situations, cognac is normally kept for at least two years.

The richer and more complex the flavor of a cognac, the longer it is matured.

Ordinarily, cognac is bottled at an alcohol content of 40 to 50 percent (ABV).

It is a pale beer created from a combination of grain and wheat, and it is renowned for its crisp, reviving flavor and sunny yellow hue.

In order to improve the aroma of the beer, lime slices are frequently pushed inside the bottle’s neck when serving Corona.

It is extensively sold worldwide and comes in a variety of sizes.

It can be used to prepare sauces and sweets or enjoyed in creme de cassis as an after-dinner beverage.

Black currants are macerated in sugar and alcohol, then the mixture is aged for a few weeks or months to bring out the flavors.

Here are a few non-alcoholic beverages that start with C:

The roasted beans of the Coffea tree are used to make the common beverage known as coffee.

The Coffea plant is indigenous to tropical Africa, and its small, cherry-like fruits contain the seeds, sometimes known as beans, of the plant.

To make coffee, the beans must be roasted, brewed, and ground.

Arabica and Robusta are two of the many varieties of coffee, each with its own distinct flavor and scent.

There are many techniques to make coffee, such as drip brewing, French pressing, and espresso.

Although it is frequently served hot, it can also be made into a cold brew or served iced.

Because it contains caffeine, coffee has energizing properties that make it popular among consumers.

John Pemberton created it in the 19th century, and it is now available in over 200 nations worldwide.

Caramel color, a range of artificial and natural tastes, and sugar are the main ingredients used to make Coca-Cola.

It is most frequently ingested as a cold, energizing beverage, frequently served with ice.

The corporation offers a variety of varieties in addition to the traditional Coca-Cola flavor, including Vanilla Coke, Cherry Coke, and Coke Zero.

Coca-Cola is well renowned for both its recognizable white and red branding as well as its unique taste, which is a closely held secret.

The tiny, crimson fruit known as cranberries is indigenous to North America.

They contain a lot of antioxidants that have been linked to a range of potential health advantages, including lowering the risk of heart disease and preventing urinary tract infections.

Cranberries are pressed for their juice, which is then filtered and pasteurized to create cranberry juice.

In addition to being a popular component in cocktails as well as other mixed drinks, it is frequently ingested for its conceivable health advantages.

You can consume cranberry juice on its own or combine it with other juices or drinks.

It is frequently offered in markets and other retail locations, and it comes in both clear cranberry juice and additional varieties. 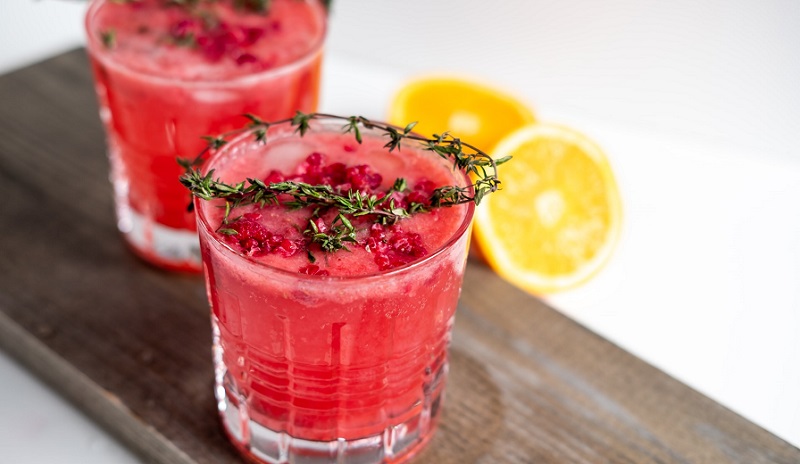 Inside young, green coconuts, there is a clear liquid called coconut water.

Known for its hydrating qualities and refreshing, somewhat sweet flavor, it is a widely consumed drink in many tropical nations.

Coconut water is a popular beverage for rehydrating during hot weather or after physical activity since it is a great source of electrolytes, notably potassium.

Coconut water is a popular beverage that can be consumed alone or as a component in shakes, cocktails, and other drinks.

It is typically low in both calories and sugar and is frequently regarded as a healthier option for sports drinks and sugary soft drinks.

Coconut water is widely accessible in markets and retail stores, and it is frequently marketed in single-serving containers.

Black tea with a variety of fragrant herbs and spices added to it is known as chai tea.

In many languages around the world, “chai” is a synonym for “tea,” and the name “chai tea” is frequently used to describe a particular variety of flavored tea that is well-liked in many nations.

Chai tea has a warm, strong flavor and a lovely aroma thanks to the spices.

Chai tea is frequently served hot and sweetened with honey or sugar.

Energy Drinks That Start With C

Here are a few energy drinks that start with C letter:

Energy drinks under the Celsius brand are made with a combination of minerals, vitamins, and other components to help increase energy and support a healthy metabolism.

It comes in a variety of flavors, including orange, grape, and mixed berry.

Being low in both calories and sugar and free of added preservatives, colors, and tastes, Celsius is intended to be a better alternative to conventional energy drinks, according to the firm.

Celsius features a number of additional compounds that are said to help increase energy and enhance metabolism in contrast to caffeine, a frequent component in energy drinks, including guarana, green tea extract, and ginger.

It is frequently available in markets and retail locations in single-serving cans.

Electrolytes, caffeine, and other chemicals are used in the production of the energy drink under the brand name C4 Energy to support energy and mental focus.

It comes in a variety of tastes, such as green apple, fruit punch, and ice blue razz.

The manufacturer claims that C4 Energy is designed to help offer an energy boost and increase ability to focus even without crash that is commonly linked with other energy beverages.

Taurine, l -tyrosine, and B vitamins are just a few of the additional compounds found in C4 Energy in addition to caffeine that is said to promote energy and cognitive function.

L-arginine, caffeine, and other substances are combined to create the energy drink Craze, which also promotes mental clarity and vitality.

Blue raspberry and fruit punch are only two of the many varieties that are offered.

The product, called Craze, is meant to provide you with more prolonged energy as well as better focus and clarity of mind, claims the manufacturer.

Taurine, L-tyrosine, and B vitamins are among the additional components of Craze that are included in addition to caffeine and are said to promote energy and mental function.

Caffeine, B vitamins, and other chemicals are combined to create the energy drink under the brand name Charge in order to provide mental and physical performance.

There are numerous varieties available, like blue raspberry and fruit punch.

The business claims that Charge is made to boost energy and enhance cognitive focus and clarity.

L-tyrosine, B vitamins, and taurine are among the additional chemicals in Charge that are said to promote energy and mental function in addition to caffeine.

This collection of drinks is noteworthy since there are so many amazing mixtures to pick from.

On the C list of drinks, there is a drink and occasion for every occasion, from elegant to entertaining and fruity punches.

Which C beverage will you make and taste next?